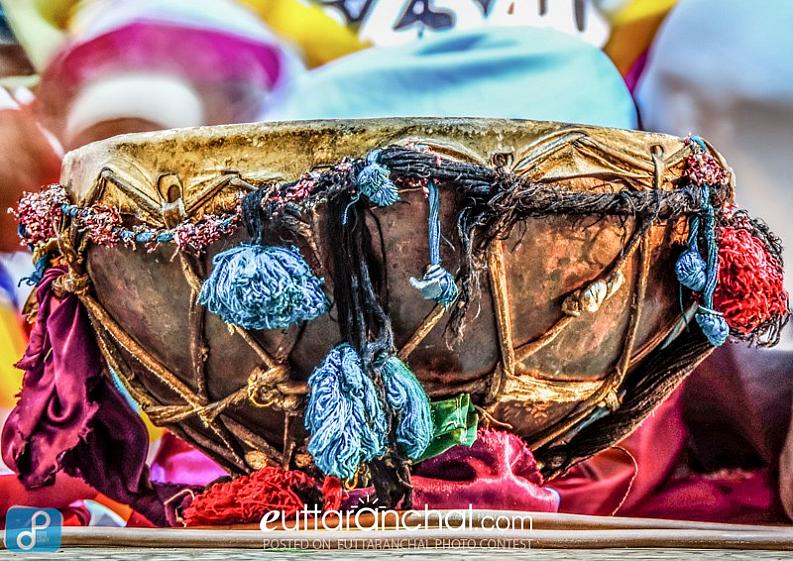 The traditional pahaadi instrument called Damau. It is generally used in Chholiya dance and other occasions.
Damau is hung around the neck and played like a drum with two small sticks.
In the days of the yore, Dhol and “Damau” were also used as tools of communication between the villages, using various codes. Dhol-Damau is played according to the rules mentioned in “Dhol Sagar”, an oral volume, passed from generation to generation of the “Ouji” tribe of Uttarakhand.